For years, we used the original Melodium 42B ribbon microphone in the Kerwax Studio setup. This awesome tool allowed us to create a unique signature for our sound.

We decided to recreate this microphone to allow people to forge their own signature with this unbelievable tool.

We bought out the brand Melodium®, which had been abandoned for decades. We worked assiduously for several years to dissect the original model and refine its new version, the Melodium 42Bn.

The original microphone, made from the late ’40s until the late ’60s, had an advantage thanks to one part of its design: its ribbon was one of the largest ever made. Surrounded by 4 monster AlNiCo magnets, it delivered a smooth and warm sound through a specific step-up transformer, which was designed to change the impedance but also act as a passive filter The Melodium 42B compares favorably to its American and German peers of the same period.

The new Melodium 42Bn (the “n” is for “new”) is based on the same magnet technology, an improved motor, an overall improved mechanical construction, a custom-wound transformer allowing for a higher output impedance, and a classic XLR plug, making the microphone easy to use in a modern environment. We made the choice to remove the passive filter system, which doesn’t really belong in the studio environment anymore.

As a result, the Melodium 42Bn is the true successor of the original 42B, thanks to the use of a very large ribbon and AlNiCo 600 magnets, which allow it to keep its characteristic sound while avoiding the overboosted sounds of some microphones using neodymium technology. Modern improvements allow it to find its place in any contemporary studio configuration.

The microphone, the box, and all the accessories are made with extreme care and love, with most of the parts being locally sourced and crafted. From the microphone itself down to the wooden box, everything is handmade in France. We made the choice to work with a local foundry, a craftsman who makes the box in the Jura region, and suppliers who work with respect for the environment and people.

We achieved our quest: being able to recreate this legendary microphone with respect to its original creators, Charles Boutelleau and Emile Furn.

The French Melodium 42B ribbon microphone is back. The 42Bn is awaiting passionate audio engineers. You can buy it now. 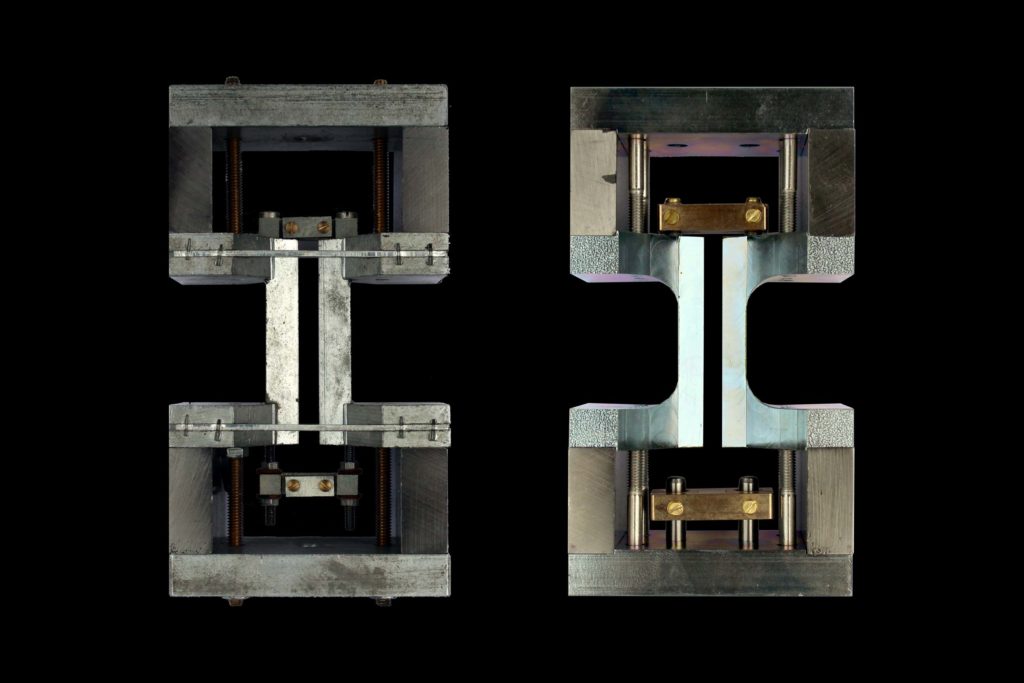 To better understand the work of sound in radio, visit a recording studio and a control room. Highlighting the importance of the microphone and the actor’s position in front of the microphone with the help of an example in pictures: an actor recites several texts while moving away from and then towards the microphone, showing that the distance or the closeness of the microphone creates the illusion of solemnity, or intimacy…